Birth year wine and starting a cellar for baby – an ode to selecting bottles for the ages!

In my recent post, Luigi Baudana Barolo 2012: How It All Began, I announced that we were expecting. Yes, you read “were”, past tense. Seven days after publishing the post our little man arrived – three weeks early!

To mark Il Ragazzino’s (little boy) arrival let’s talk about birth year wine and how to start a cellar for baby. 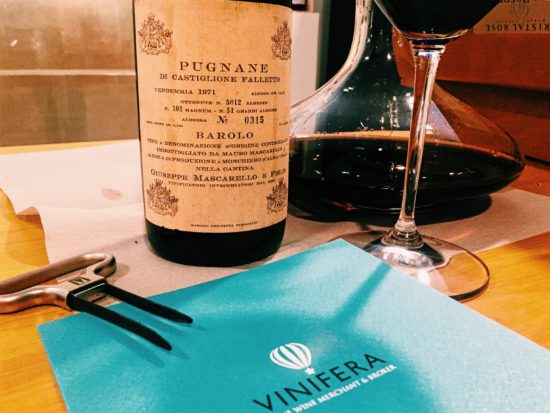 First, let’s start with the question, “What’s your vintage?” It comes up a lot in our ‘hood. People like Il Marito get bragging rights for being born in a good year – he comes from the exceptional 1971 vintage.

As for me? Not so much. The 1977 vintage really only fared well with fortified wines. I can’t really complain, I adore Port and Madeira.

We hope Il Ragazzino gets a smashing 2016. But, it’s still too early to know around here. Things aren’t looking so good across France with vineyards taking a beating from frost, hail, and other extreme weather conditions. Be on the lookout for a vintage report after harvest to size up the situation.

The Best Bottles for a Birth Year Wine

When buying wine to lay down for Baby the target drinking date usually starts at the wee one’s 18th or 21st birthday. Hence, the wine must be age-worthy.

Since ageabilty plays such an important role, selecting birth year wine requires some research. You see, not all wine is created equal – particularly when it comes to cellaring. According to VinePair.com, only 1 percent of the wine in the world is meant to be aged.

Only 1 percent of the wine in the world is meant to be aged. VinePair.com 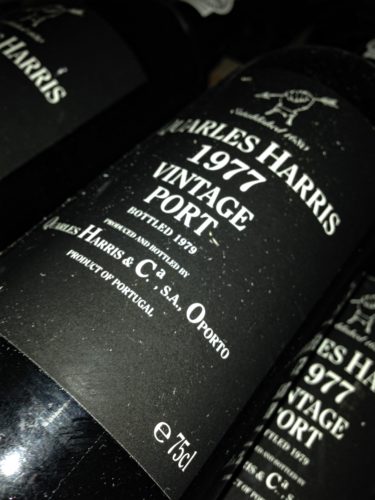 Barolo and Barbaresco: The wines of the amazingly ageable Nebbiolo grape have a long shelf life. Some noteworthy recent vintages that should be good for extended aging include 2006, 2010 (Barolo), 2011 (Barbaresco), and 2015.

Burgundy: Pinot Noir is the base for Red Burgundy. The variety’s high level of acidity factors into its ageablity. But, remember Pinot is delicate, so invest in wines from top producers to ensure a long life. Recent vintages for cellaring include 2009, 2010, 2011, 2012, and 2013.

Bordeaux: Focus on Left Bank wines. These have a Cabernet Sauvignon base so they provide more structure and tannin, which supports long-term aging. Pauillac is the Left Bank area known best for aging. Recent vintages for cellaring include 2009, 2010, 2011, 2012, 2014, and 2015.

Birth Year Wine on a Budget: Jancis Robinson recommends sweet white Bordeaux, ‘unlike their red counterparts they are underpriced and can last even longer.’ But, make sure to go for a top producer.

Riesling: Even more than White Burgundy (made of Chardonnay), Riesling wines offer outstanding ageability. Riesling comes in all levels of sweetness – from bone-dry (the preferred Australian style) to oily, rich sweet dessert wine; many German examples lie somewhere between the two. But, all good Riesling is age-worthy and becomes highly aromatic with time in the bottle.

Rhône: Red and white wines from the Rhône Valley also age well – though remember that only a very small amount of white is produced here. From the northern Rhône, look out for Hermitage, Côte-Rotie, Cornas, Saint-Joseph, and Crozes-Hermitage, all Syrah-based. Cellar-worthy vintages include 2009, 2010, 2013, and 2015.

Creating a Cellar for Baby

Don’t limit Baby’s cellar to birth year wine. We plan to purchase a case of wine for each year until Il Ragazzino turns 18. We see it as a fun exercise to study vintages by regions  and gives us an excuse to take more wine trips (as if we need that). Plus, Il Ragazzino will have an awesome 18th birthday present. Fun times all around!

Plan for storage at home or use a vendor to cellar the wines in proper conditions. In London, wine buyers leave their collections at Berry Bros & Rudd.

And, that’s our take on birth year wine – get those cellars going! If you have suggestions on wines or regions to consider, please leave us a note below.