Ah, the Alba White Truffle smell! Back when I first moved I did a post on the 83rd Annual Alba International White Truffle Fair. In writing the post I realized that I haven’t a clue how to describe the white truffle smell. Luckily every Saturday and Sunday during the month-long fair there is a Truffle Sensory Workshop to teach such things. Perfetto. Field trip time.

The hourlong session started with an intro to the tuber as well as a look at the white truffle smell. It was led by one of organization’s experts. He told us during the season he sniffs and tastes 1,500 truffles every Saturday and Sunday. Can you imagine? The course objective was for the student to recognize a good truffle from a bad one. Easy enough (ha). 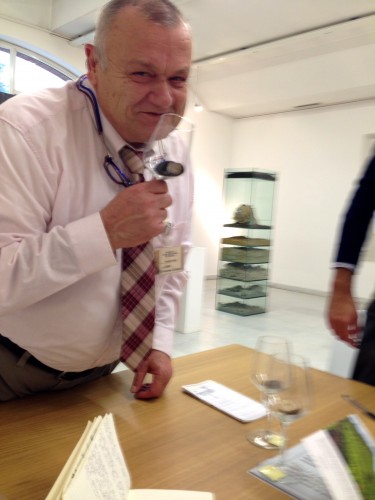 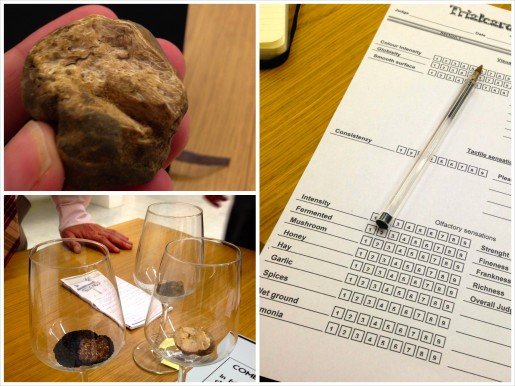 Soil’s producing truffles are damp, chalky clay that lack organic substances like nitrogen and phosphorus, but are potassium rich.

Cool, damp environments create the truffle at 10 to 15 cm underground with an average temp is 6º C / 43º F. There was a whole scientific explanation on what happens with all this, but I glaze over with words like “mycorrhyza” and “mycelium”. So, read more here for those deets. The white truffle demands these prime conditions, or NO TRUFFLE FOR YOU! All of the above have to be just right. 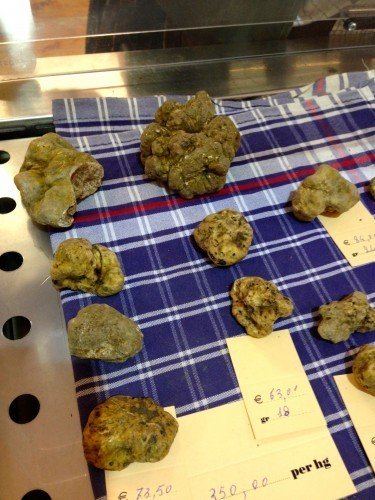 Some places use pig for their catch, but not in Alba; they are just too hard to train. The beloved truffle dog feels the smell from the ground. Soil temperatures release a scent that only dogs pick up.

The interactive portion of the show included an opportunity to play with five truffles. Armed with our very own official evaluation sheet we were to touch and sniff (pretty sure scratching would have gotten me kicked out of Italy, but don’t think I didn’t consider it), and select the best truffle of the bunch.

Having the score sheet there to guide the eval was pretty cool. I never thought about scents of hay, honey, or wet ground as a white truffle smell. We were instructed to sniff quickly and in short intervals to not “stress the nose.”

The smells were pungent, some just plain icky, and lots of garlic. Odors on a dud are ammonia, methane, and fermentation. We measured each tartufo on a scale of 1 to 9, then we made our bold assertions about the best and worst.

Not a one of us picked the “right” white truffle, but we all did manage to identify the black truffle and the correct one was in everyone’s top two.

Early in the season (September and October) eat your white truffle within 4 or 5 days. The best truffles are found in November in cold, icier conditions. These can be enjoyed for up to 15 days.

Experts from the OIAT are on hand at the Alba White Truffle Fair. Make a purchase, then take it over for evaluation. Now, this might seem a bit backwards – buy, then let the experts weigh in, but if you got a lemon the Truffle Police will accompany you back to the seller and explain the issues they have found, then get you a new truffle or a refund. Pretty cool. 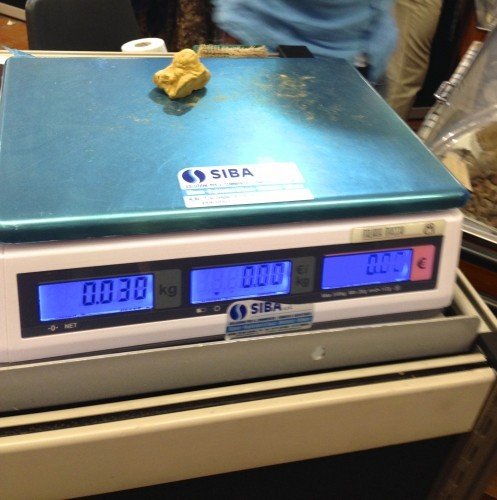 It was a fun workshop that got us hungry. We stopped off at an osteria on the way home for fried eggs with white truffles. The server brought a white truffle, the shaving board, and a scale. They weighed the tuber, wrote down the number, then shaved till I said, “basta” (enough). After Il Ragazzo had his turn there was another weigh-in. We were charged by the gram. 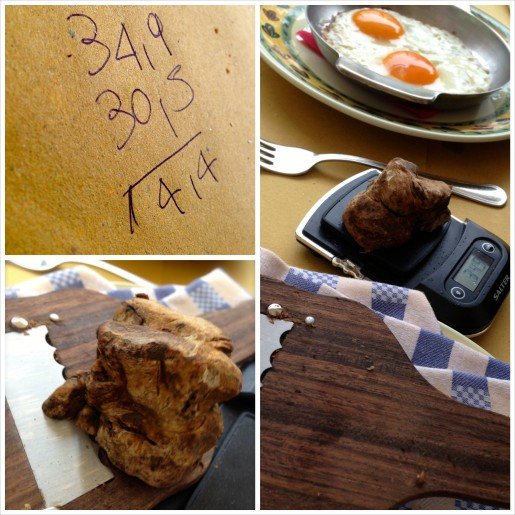 In 2012 white truffle prices were about 480 euros per 100 grams in early October, peaking at 530 euros the first week of November; weather conditions were better with a warm, arid, and dry summer. Right now white truffles are not as mature, but will get better as it gets colder. 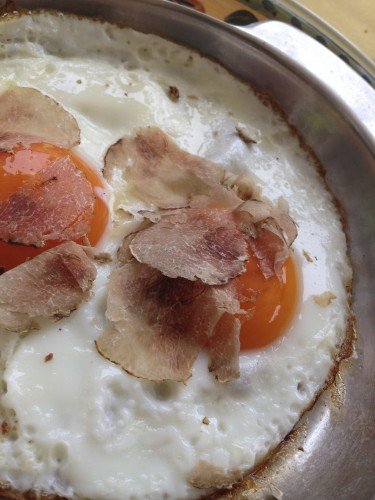 The Alba White Truffle Fair runs Saturdays and Sundays. Cost is 2 euros to enter and festivities include the Sensory Workshop, Cookery Courses, Wine Pairings, weekly wine tastings around Alba, and a ton more. Most regional ristorantes and osterias feature full white truffle menus. Get shavings on everything from your antipasti to dolce. Come and see us in Alba! If you’re planning to buy a white truffle or two this year, give me a shout below or on Twitter @valeriekq.