Barbaresco a Tavola translates to “Barbaresco to table.” And, it means just that. Try the latest release, eat food, repeat. Even the kiddos got involved!

Join in for a look at the 2010 Barbaresco Vintage. Then, start buying.

The Skinny on Barbaresco a Tavola:

The event takes place twice a year, in the spring and in the fall. Participating producers supply bottles of their latest release to the Regionale Enoteca del Barbaresco who coordinates with the host restaurants. Participating eateries create fixed menus with a flat fee. Patrons blindly eye, sniff, swirl, and sip their way through the bottles, then make tasting notes on a provided scorecard. 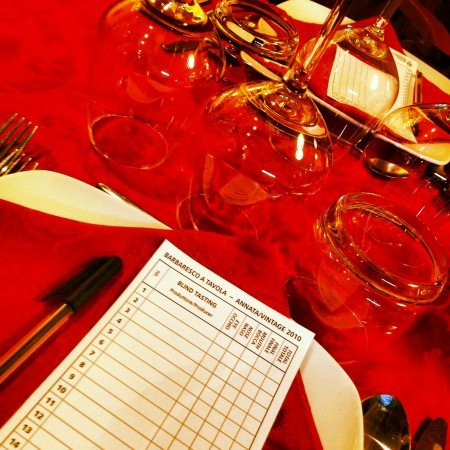 The fall 2013 event featured a blind tasting of 21 bottles of the 2010 Barbaresco vintage. We had dinner in Neive, one of the four Barbaresco communes, at La Torre del Monsatero. About eight other eateries participated this year.

The menu featured about five courses. That should be enough to take us through 21 wines, si? 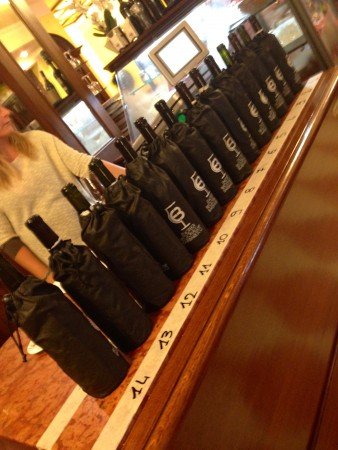 The Growing Season: 2010 started with a cold winter and much snow. The last 30 cm of snow fell on March 15 causing a delay in vegetative growth and the first buds appeared a month later. A cold and rainy spring brought temps average until June. July was hot with temps reaching 34ºC / 93ºF. By late July it was chilly in the morning and hot during the day, allowing the vines to recover from the cold spring growth delay. August brought a mix of sunny days and rain. September was also sunny with dry weather and chilly temps, which let the grapes dry and ripen. 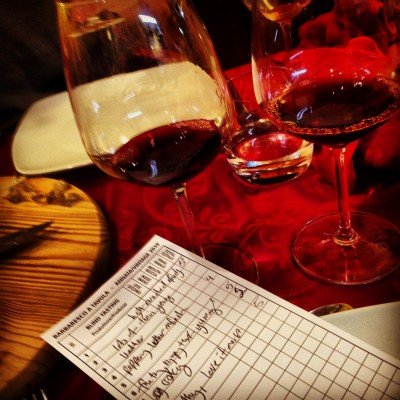 What to expect of the 2010 Barbaresco Vintage: Balanced and elegant wine, full in body, good aging potential. Official data estimates that the 2010 Barbaresco vintage resulted in vines cultivated from 685.73 hectares with an overall production of 4,246,139 bottles (that’s more than 353k cases).

Okay, so you are rarely going to go hungry eating anywhere in Italy, but this was certainly a fantastic amount of food. And, good food at that. We had five antipastis, two pasta dishes, a few plates for the entree, and a trio of dolci. But, hey, one has to eat well when analyzing Her Majesty, Barbaresco, The Queen of Wine.

It was a brilliant feast. And, the night ended with the great wine reveal. Our group of 13 almost unanimously selected 19 and 21 as the top wines. Note: 19 is from one my faves, Cascina Bruciata (click to read Winemaker Interview Series: Cascina Bruciata).

Definitely looking forward to Spring 2014 for the first round of Barbaresco a Tavola with the 2011 vintage. Talk about a fun tradition I’m excited to join!